Last year, India consumed approximately 973 million kilograms of Tea. A nation of over one billion tea drinkers, over 70% of the tea produced in India is consumed within the nation itself. The nation definitely runs on chai and tea is definitely India’s most popular drink. In fact, other than cricket, tea is the one uniting factor for Indians and it transcends all boundaries and differences.

With an average production of about 900,000 tonnes each year, India is the second largest producer of tea in the world. Looking at tea’s position in the country today, one would hardly believe that till 200 years ago, tea wasn’t even a popular drink here! It was only when Britain was introduced to tea from China that The British East India Company began converting land in their East Asian Colony for tea production.

So what is this ‘Tea time’ that seems to be so common today. One would expect the term to have originated in England, however, that is not so. In fact, tea drinking began in France nearly twenty-two years before tea was even introduced to England. It was brought to England with Catherine of Braganza, the Portuguese queen who was the wife of King Charles II, who ruled England in the 17th century. Tea-drinking was already widespread among the Portuguese nobility. When Catherine brought it to England and since the King and Queen became tea-drinkers, the tradition grew in popularity among the wealthy. Soon, tea replaced ale as the official beverage in England when Queen Anne, a successor to King Charles II, chose tea over ale for her morning drink.

No matter what, tea time is unquestionably enjoyed by people all over the world today. In India, we are known to consume tea anytime and at all times! Here are the common tea rituals and their origins:

Before the high tea began, conventionally, only breakfast and dinner were consumed in most households. Also, dinner was served pretty late in the evening. One can credit the ritual of High Tea to the Industrial Revolution. In the eighteenth century, when workers came home from work, they were starved and could not wait for the traditional late dinner. Thus began a good spread with meat and breads served on a high table along with tea. This was a satiating meal for the hungry working class. Therefore, a possible explanation why this type of meal was called high tea would be the fact that it was eaten at a high table, like a dinner.

Today, high tea is mistakenly identified as a formal tea in the afternoon along with delicate puffs and the choicest pastries, however, those luxuries would never have been found in the original high teas as they wouldn’t have satisfied the working man’s hunger!

The Duchess of Bedford, Anna Maria Stanhope was the originator of the British ‘afternoon tea’ in mid-1830. The long afternoons between the lunch and dinner used to leave Anna very hungry and initially she used to ask the servants to sneak in a pot of tea and bread to help her last. Later, she was more comfortable with this late afternoon meal and even hosted people in her rooms at Belvoir Castle around five o’clock in the afternoon. She usually had tea, cakes and sandwiches at this time. In many middle and upper class households, this soon became a welcome tradition.

This high class and quintessentially British tradition of Afternoon Tea was also known as the low tea. It was not something that could sustain a working class labourer, however, it was adequate to satisfy the upper class ladies until their dinner. As opposed to the high tea of workers, with the upper class, this meal was served on a low table and not on the high dining table. Thus, the low tea of the wealthy was born. This was enjoyed by the affluent for centuries.

Today, the types of tea people drink have undergone tremendous changes. Be it Leaf, Dust, Green, White, Rose, Oolong, Iced, Ginger, Masala, Lemon, Cardamom, or any other type, Ripple brings it to you at the touch of your fingers! So what are you waiting for? Enjoy your tea time by ordering your favourite type of Ripple Tea!
Share: 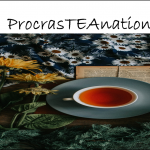 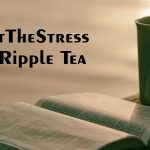