Chai Tea or CTC Tea combines the invigorating aromas of India with the balance of flavours. Irrespective of your choice, from lemon to cardamom, from ginger to the famous chai-masala, these teas leave you revitalized and budding with renewed energy with its age-old traditional ingredients.

Before talking about the origin, flavours and types of CTC tea, let us first know what it stands for and why that is important. CTC stands for Crush-Tear-Curl, the key manufacturing processes that give CTC Tea its distinct appearance, taste and aroma. The dried-up tea leaves are passed through a series of cylindrical rollers with sharp teeth that crush, tear, and curl the leaves. This produces small pellets of the tea leaves, which are still moist. These pellets are then further fermented to bring out the flavour(tannins) and graded as per size to form what we see today as CTC Tea.

Coming to the origin, CTC tea was invented around the year 1930 and as date, most of the black tea manufacturing across the world uses CTC method.

Contrary to popular belief, India’s unofficial national drink was not as popular back in the days. Although mentions are found in historical records dating back to the 7th century BC, it was reintroduced and re-popularized by the British. A tea found in almost every household of India, CTC tea and India share a bond steeped in tales of tea history and the love of Indians for tea. The demand for tea among the Indian populace gained momentum during the 1950s and 1960s after the introduction of CTC Tea. Up until then most of the teas were exported, either for business, or for use by the British. Records show that big businessmen used to indulge in flavoured black teas during British-India. Furthermore, the complete process was labour-intensive due to lack of machinery for each stage of the manufacturing cycle. The problem was resolved with machinery brought into India after the Industrial Revolution took place. These machines would Crush, Tear and Curl tea leaves into pellets. CTC tea was introduced into the markets in 1960s, thus making tea the neighbourhood’s ‘go to drink’. This method of manufacturing was preferred due to a lot of reasons: convenience, low price, strong liquor, generic flavour, and mild bitterness all have contributed to the near-monopoly that CTC-type teas now enjoy in South Asia.

As the method was faster and cost effective due to higher volume per unit time, plantations were quick to adapt to it. Over time, the CTC tea machines have evolved and improved. In today’s time and age, the demand for it is so high, that tea plantations cannot do without CTC teas. From an antioxidant rich base to immunity boosting properties and a refreshing taste and feel, CTC tea is loaded with benefits for tea drinkers.

The Best CTC tea is prepared with hot milk and water, maybe even spices like ginger, cardamom, cinnamon, nutmeg and cloves. This specific recipe is called a Masala Chai. This is done to bring out the best flavour of the CTC tea. One of the Best CTC tea preparation in India is the Masala Chai which is ideally freshly prepared at home in the following way- Crush the spices together with a pestle until they break into small pieces. Add the crushed spice while preparing Ripple Premium CTC Leaf Tea or Ripple Premium CTC Dust Tea. Reduce the heat, add milk and then simmer for 2 more minutes in comparison to the normal tea brewing time, allowing all the ingredients to blend. Strain the tea into the teapot. Pour into mugs or cups from a little height to create foam on the surface. Add sugar as per personal preference.

As mentioned above, CTC tea is highly economical, and the teas are in fact sorted into different grades. Due to processing required as well as economies of scale, CTC Tea is priced lower as compared to Orthodox, Green or Oolong Teas. CTC tea is graded slightly lower in terms of the flavour palette but has a higher diffusion of caffeine and tannins in the tea due to the method of preparation. It is in fact this that gives a sense of freshness and drives away lethargy from your system. In this day and age of technological advancements, you can now compare your teas, their sourcing and ensure the best teas at the most affordable prices getting delivered to your doorstep. We insist you to buy tea online. Ripple Tea by Kanan Devan Hills Plantations (KDHP) is the largest tea manufacturer in South India. Having a history of growing sustainable teas certified by Trustea, Rain Forest Alliance, USDA Organic and a team of tea tasters that ensure that there is no compromise in the quality of the tea serviced to you, we at Kanan Devan Hill Plantations urge you to purchase sustainably grown teas to help and support our causes to keep the environment in its prime without having to pay a high premium for the same. We offer a wide range of CTC Teas, both unflavoured as well as flavoured to cater to all our consumers’ needs.
Share: 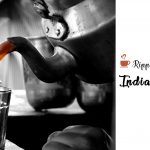 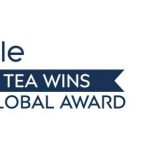